How Apple missed an opportunity to tell a better story 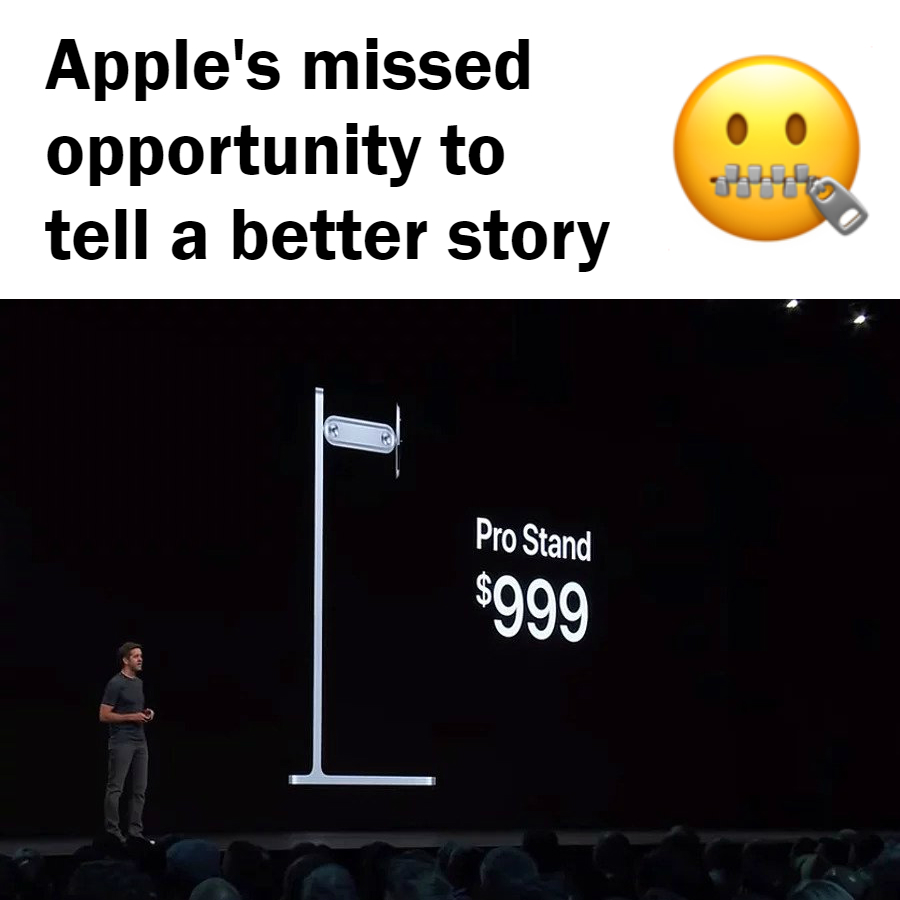 Yep! $999 just for a monitor stand, which you have to buy separately.

Most professionals buying this type of monitor already have stands as part of a fixed setup and Apple must have had this in mind (and there’s nothing wrong with that).

However, “normal” people watching this launch think of a monitor AND a stand as 1 integrated product. 🙊

Paying $1,000 for something which *should* have been part of the package feels like a rip-off!

This could have been easily avoided.
It’s all about landing the right message with the right audience. 📝

Another way of doing it could have been:
A $6k monitor… and if you don’t want the stand it’s $1k cheaper at $5k.

Pricing the stand as part of the monitor… and offer a discount to remove it.

The truth is that if you’re in the market to buy a $5k monitor then it wouldn’t make much of a difference $6k vs $5k… especially when this is an alternative to pro grade reference monitors costing tens of thousands of dollars.

Think about…
– What do you think of Apple’s pricing?
– How can you change your pricing?